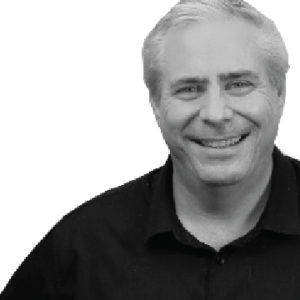 Looking for a leader

The Australian Cricket Team are looking for a leader.

The name ‘Steve Smith’ is appearing in headlines alongside words such as ‘shame’ and ‘disgrace.’ The position of Australian Test Captain – often described as the highest office in the land – will likely soon be vacant. We are a nation looking for a leader.

The controversy has erupted over a decision taken by Smith and his leadership group, instructing Cameron Bancroft to tamper with the ball during the third Test against South Africa in Cape Town. It’s illegal in the game. It’s against the spirit of the game. It’s just not cricket.

The incident has blown up a series already filled with controversy.

There have been several dramatic moments both on and off the field. Yet this one has taken the drama to another level, as the media room became a confession box.

Smith is trying to hang in as leader, saying, “I won’t be considering stepping down. I still think I’m the right person for the job.”

He hopes the incident will make him a better leader, confessing “this is certainly something I’m not proud of and something that I can hope to learn from and come back strong from.”

It was sad to hear him reveal his motive – as “a possible way to get an advantage.”

There is a sad personal aspect to this story in our household. My youngest daughter Sally is a mad cricket fan and in particular has admired Steve Smith.

I asked for her reflections on the controversy. Sally said, “it’s heartbreaking to have this brutal reminder that we are all sinners, especially from a cricketer I’ve admired for so many years. Very different from Jesus, who rather than do anything to win for himself, instead did everything to lose for us. Safe to say I’ll probably be changing my lock screen, and there might be a bit more space on my wall available. And I’ll be thankful that Jesus is the real leader in my life – a leader who will never let me down.”

At Easter we are reminded of a leader unlike any other.

With the whole leadership group involved in this scandal – possibly even the whole team – it may be that drastic measures will be taken – a new leader brought in from outside. That is exactly the story of the gospel – the story we’ll be celebrating this Easter as we celebrate Jesus’ death and resurrection.

All other leaders will disappoint. Jesus never will.