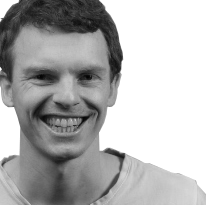 So what was the collection? The collection was a money gift gathered from various Gentile churches Paul had planted in Galatia, Macedonia, Achaia, and Asia for the church in Jerusalem (1 Cor. 16:3). It’s not certain when the practice began, but Acts records an instance when there was a severe famine in Judea and the Christians living in Antioch sent a money gift via Saul and Barnabas to the struggling Christians in Jerusalem (Acts 11:27-30; Gal. 2:1-10).

The famine had brought significant hardship and distress, but Paul saw an opportunity to relieve the impoverished with the support of Christian churches across the Mediterranean. It was a practical outworking of their faith in the form of generosity and compassion.

Furthermore, generous giving on behalf of the Gentile churches was an acknowledgment of their spiritual roots – that the gospel came first to the Jews, and then to the Gentiles. The Gentiles had received “spiritual blessings” from the Jews, so it was right to repay the debt by sending their “material blessings” (Rom. 15:27).

In Greco-Roman culture giving gifts to others wasn’t considered an act of generosity. In fact, it was commonplace for people of greater wealth or status to bestow favours and benefits upon those who needed it. Giving gifts was a very effective strategy for securing social power, prestige, and public honours. So those with considerable wealth or social status would bestow gifts to those in need in return for services and loyalty to their patrons. Since clients could never repay their patrons, they were expected to return the favour with public praise and honour, lauding them and boasting of their greatness. Therefore, money gifts in the 1st Century provided the opportunity to display power and secure favours which would boost one’s social status.

It’s interesting, therefore, that Paul instructs each person in the church to set aside money for the collection, not just those who are wealthy, or those with prestige. It seems Paul was determined to not allow the collection to become a way for certain parties to place themselves

in a position of power as patrons of the project. Paul expects the Corinthians to do good works for people they’ve never even met – people who could never return the favour with public accolades that would boost one’s honour. Their compassion would serve to bring praise to God, and not to themselves. In this Paul is calling the Corinthians to a way life that is markedly different from their culture.

When we consider God’s grace towards us, and his generous love that unites us together as the body of Christ, then we can’t be soft in our giving. Jesus gave generously. Following him is the call to give generously.

“For you know the grace of our Lord Jesus Christ, that though he was rich, yet for your sake he became poor, so that you through his poverty might become rich.” (2 Cor. 8:9)

Generous giving flows from hearts that are gripped by God’s overwhelming grace. It’s no accident that when Paul speaks about sending this “gift to Jerusalem”, it literally reads, “grace to Jerusalem” (1 Cor. 16:3). Generous giving is an act of grace. And God delights to make his invisible grace visible, in us and through us, as we give generously from the heart.