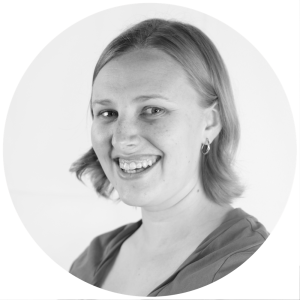 I grew up in a Christian home, my dad is an Anglican minister, I often feel like people think I know everything about the Bible.

Well I don’t know it all and I enjoy learning new things when I read the Bible.

About ten years ago I attended a Simply Christianity course and I was totally stumped when I read Luke 6:13-16:

“13 When morning came, he called his disciples to him and chose twelve of them, whom he also designated apostles: 14 Simon (whom he named Peter), his brother Andrew, James, John, Philip, Bartholomew, 15 Matthew, Thomas, James son of Alphaeus, Simon who was called the Zealot, 16 Judas son of James, and Judas Iscariot, who became a traitor.”

Wait, what??? Weren’t the twelve the disciples?

What are Apostles? Are disciples and apostles the same thing? No that isn’t what this verse is saying…I’m confused now!

Even though I felt silly, I asked the question and got an answer but that was so long ago and once again, I am sitting with a group of people reading the passage and asking all those questions again. This time the room is full of my colleagues, pastors, now I completely felt silly asking the question again. Have you asked this question before or have you just read this and are now asking what the difference is?

Well here is my attempt to explain the differences.

Disciples are followers of Christ. Jesus had many disciples in the New Testament, those who followed him and his teachings. In John 8 Jesus tells the Jews who believed in him:

“If you hold to my teaching, you are really my disciples. Then you will know the truth, and the truth will set you free.”

So if you believe Jesus to be your Lord and Saviour then you are a Disciple. I am a disciple.

An Apostle was specifically chosen by Jesus to spread the gospel after his death and resurrection. The twelve apostles mentioned above were Jesus’ closest disciples. It was these 12 apostles who reclined at the table with Jesus to eat the Passover while Jesus predicted what was going to happen to him, one of them would deny knowing him and another would betray him.

Hopefully for those of you who like me are confused, the distinction of these titles is a bit clearer now and you can continue reading and understanding the significance of the Apostles. Remember that you too, if you are not already, can be a disciple of Jesus, not just following Jesus but holding on to his word and teachings and sharing him with those around you.