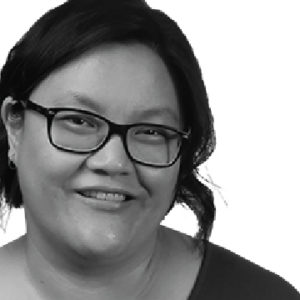 The Handmaid’s Tale – a reflection on humans and God

So, the much anticipated second season of The Handmaid’s Tale started last week.

The first season ended in a brilliantly crafted cliff-hanger. I saw pictures on Facebook of groups of women walking around Sydney, cosplaying in the distinctive red robes and white hats. I was bombarded with ads telling of its impending start. And it was intense.

When the first season of the TV adaptation of Margaret Atwood’s 1985 story hit screens last year, there was a lot of talk… about the quality of the performances, the intensity of the story; the book once more took a place on the best-sellers list of 2017, 32 years after it was first published.

The story is set in a dystopian, near-future United States.

The government has been overthrown and replaced by a totalitarian theocracy – called Gilead – that base their philosophy on a very narrow interpretation of the Old Testament. Environment and disease are out of control and have lead to wide-spread infertility. Enter the Handmaids, a small group of fertile women who are forced to undertake the acts of bearing children for the infertile wives of powerful leaders – the basis for which is set in the story of Rachel in Genesis 30, who gives her maid servant to her husband to bear children on her behalf.

Then she said, “Here is my servant Bilhah; go in to her, so that she may give birth on my behalf, that even I may have children through her.” – Genesis 30:3

To say Atwood paints a grim picture of a society under the Gilead rule is an understatement. All through the story, you see pictures of misery, inequality, and injustice at all levels of society, from the highly privileged elite, right through to the enslaved. There are brutal scenes of the punishment inflicted upon those that are deemed “Gender-traitors” (members of the LGBTIQA society), and an air of constant fear that dissidents will be sent to “the colonies”. All this, in the name of doing the Lord’s work.

I recently had a conversation with someone…

This person stated they would never watch the show because of the hateful way God was portrayed in the series – as a Christian, they found the blatant misrepresentation and misinterpretation of the Bible heartbreaking. And at one level it is.

The leadership of Gilead use biblical concepts as rationale for hate, oppression, abuse, and tyranny. It’s easy to see how someone who views the bible as a narrative of an infinitely loving God, can be heartbroken. But as I watched the series (I haven’t read the book, which I gather is even more graphic again), I was heartbroken for another reason. All I could see was the hateful way humans could treat fellow humans; the twisted way humans can rationalise a grab for power; the way humans can turn away from God; the way humans left to their own devices can let sinful desire rule their lives.

But it’s not just in the fictional theocracy of Gilead where that happens.

At a conference in Canada last year that looks at how religion, and artists’ depictions of religion, has shaped Canada as a nation, Atwood herself said in her keynote address:

“I sometimes hear the view that the world’s ills are due to religions. Some people have that view. I do not agree with that view because atheist regimes have done a good job of oppressing and murdering people too. It is true that Christianity has got some dark moments. And it’s had some dark moments in Canada. Dark moments of various kinds. But I don’t think you can put that down to a religion. I think you can put that down to human beings behaving the way they unfortunately sometimes do – whatever religion or non-religion they may happen to have.” – Margaret Atwood, Restorying Canada 2017

You see all through the history, and the bible, we see humans treating others hatefully, grabbing power for themselves, and turning away from God… in essence, letting their sinful desire rule their lives.

Fairly early on in the bible, in Genesis 3:6, we see the first grab for power:

6 When the woman saw that the fruit of the tree was good for food and pleasing to the eye, and also desirable for gaining wisdom, she took some and ate it.

In Genesis 3:4, we see the first twisted rationale for disobedience:

4 “You will not certainly die,” the serpent said to the woman. 5 “For God knows that when you eat from it your eyes will be opened, and you will be like God, knowing good and evil.”

In Genesis 3:12, we see the first instance of blame:

12 The man said, “The woman you put here with me—she gave me some fruit from the tree, and I ate it.”

You don’t have to get very far into the bible to see that man turns away from God, to make a grab for power, and it doesn’t go well for them.

So back to The Handmaid’s tale.

But when we look at the narrative of the Old Testament, we see humans stuffing up again and again as they turn their back on God.

11 Then the Israelites did evil in the eyes of the Lord and served the Baals. 12 They forsook the Lord, the God of their ancestors, who had brought them out of Egypt. They followed and worshiped various gods of the peoples around them. They aroused the Lord’s anger 13 because they forsook him and served Baal and the Ashtoreths. – Judges 2:11

And we see an infinitely loving God willing to forgive them and love them again and again.

16 Then the Lord raised up judges, who saved them out of the hands of these raiders. – Judges 2:16

The ultimate act of love we see from God is him sending his Son to earth to die for the sins of the people that so consistently “forsook the Lord”.

But God demonstrates his own love for us in this: While we were still sinners, Christ died for us. – Romans 5:8

And in this, we see why stories like The Handmaid’s Tale are not commentaries about a hateful God. Because in Jesus:

18 The former regulation is set aside because it was weak and useless 19 (for the law made nothing perfect), and a better hope is introduced, by which we draw near to God. – Hebrews 7:18-19

We see that the imperfect Old Testament principles upon which Gilead base their rules, were “weak and useless” when placed next to Jesus. We see that Jesus, and the love that took him to the cross for us, have replaced what Gilead were using to justify their hate and fear. We see an infinitely loving God. Not one that condones the tyranny and oppression of Gilead, but one who sent his son to die precisely for the actions of humans that continue to turn away from him.

So where do we sit with this as Christians? It is absolutely heartbreaking to see injustice and tyranny. It is heartbreaking when we see it done falsely in the name of God. But we also need to be very aware of, and speak into, that. We need to, as Christians, show the world a true reflection of God – one in which love is the dominant feature, not hate, oppression, abuse, and tyranny.